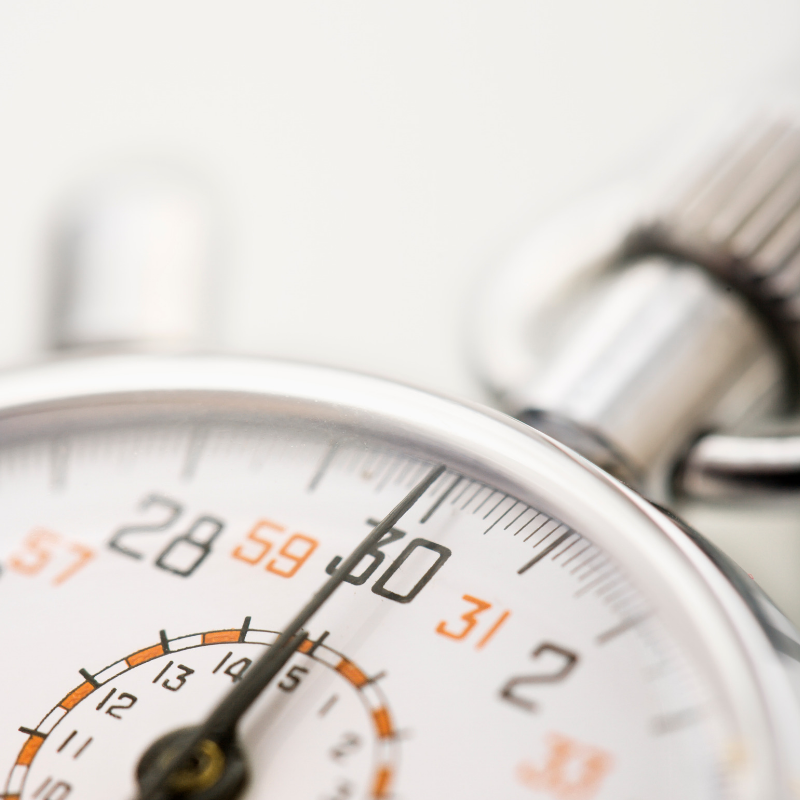 You can do ANYTHING for Two Minutes

Sometimes the power of habit builds slowly, and two minutes is all it takes to create success. If something seems daunting, dial it back to the first two minutes. Even the hardest tasks aren’t that overwhelming if you only commit to two minutes at a time.

Take running, for example. Let’s say you’re a couch potato. You can’t even imagine running a 5K, let alone a marathon. But, you want to dial it back to TWO MINUTES AT A TIME. What is the FIRST thing you’d do? Well, you’d put on your workout gear and lace up your shoes. That’s IT. Your two minutes would be over. Can you do that? Sure you can!  The key to building powerful habits is making it easy and removing barriers.

The next day, let’s say you committed to an additional two minutes. You’d put on your workout gear and lace up your shoes. THEN walk for two minutes. It seems easy, right? Each day, you’d keep on repeating the process, only allowing yourself two minute increments of change at a time.  Why does this have such an impact?  Here are three reasons:

The Power of Habit Building SLOWLY

1. It builds confidence
2. It has you stopping before it gets hard
3. It leaves you wanting MORE!

So, let’s get back to that running example.  At the end of the first week, you’d be up to walking for twelve minutes. If you found it easy and could add two minutes a day to your routine, at the end of your first month, you’d be up to an HOUR long walk.  Not bad for a couch potato, right?

Then, the next month, let’s say you added in the idea of jogging for two of those minutes.  You’d be up to an HOUR of jogging after just a total of 60 days!  For many people, that’s enough time to successfully complete a 10K. Over time using this concept, you could build your speed and endurance to MARATHON levels.  All it would take to committing TWO MINUES at a time to building upon existing habits.

So, instead of getting overwhelmed by looking at the big picture when trying to implement a new habit, find power in the two-minute strategy.  By doing something, however small, you’re creating energy and momentum in which you can build upon.  You can see where this concept can take you, and it’s not just on a better path with health and fitness.  This concept and take you virtually ANYWHERE you want to go, just two minutes at a time.

This blog post was inspired by the book Atomic Habits by James Clear.  Another great book to read is The Power of Habit:  Why We Do What We Do in Life and Business by Charles Duhigg.  See more of my Favorite Personal Development Books


Don’t try to take my pillows away, Mom. #goldenr

Outside the historic @montgomerybrewing building l

Stop to smell the roses. And observe the creatures