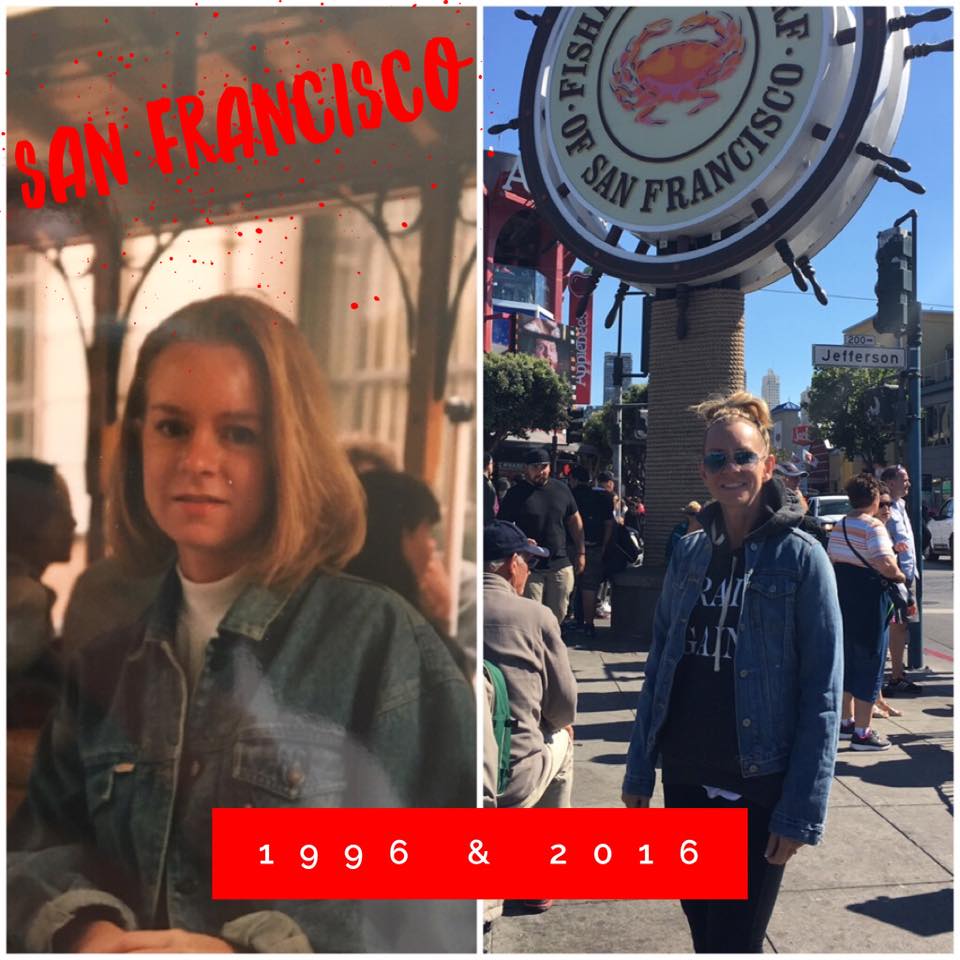 Last week, our family vacationed in California. San Francisco was just one of the spots we hit. It had been exactly 20 years since I had been to Fisherman’s Wharf. Here is me in 1996, and again in 2006. You may not see a huge difference, but I do. When I look back at the person I was then, it’s hard to even recognize myself.

You know how I always preach about ditching the scale? And, how age doesn’t matter? Here’s why: I actually weigh about the same in both pictures here. Who would you think would be healthier? A 25-year-old, or someone pushing 46? The numbers don’t tell the whole story.

Back then, I was depriving myself of calories to maintain my weight. I was skipping breakfast, having a 220 calorie bag of Wheat Thins for lunch at work, drinking plenty of Diet Coke and eating whatever my husband wanted for dinner, which was usually something pretty cheap unhealthy (we were young and broke). I was lucky if I ate vegetables AT ALL, and I was not doing ANYTHING for exercise. That’s not a healthy way to exist!

Now in 2016, I’m much healthier, stronger, and fit. I eat at least 3-4 times a day, consisting of (mostly) clean, healthy meals. While I weigh about the same now, I actually wear a smaller size clothing because my body fat percentage has gone down. Plus, because my metabolism now works, I eat ALL THE TIME. 🙂

But, despite that, I’m much healthier on the INSIDE. The person you see as a 25-year-old was insecure and unsure of herself. I’m healthier now, for sure, but the BEST part is that I’m not afraid to be myself, quirks and all. I used to fear being judged for who I was. Now I don’t really give a $*!#. If you don’t like me, that’s fine. There are plenty of people that do! As Kurt Cobain once said, “I’d rather be hated for who I am than loved for who I’m not.”

For me, the 40s have been BEST decade so far. I’m not afraid of 50 because life just keeps getting better and better.