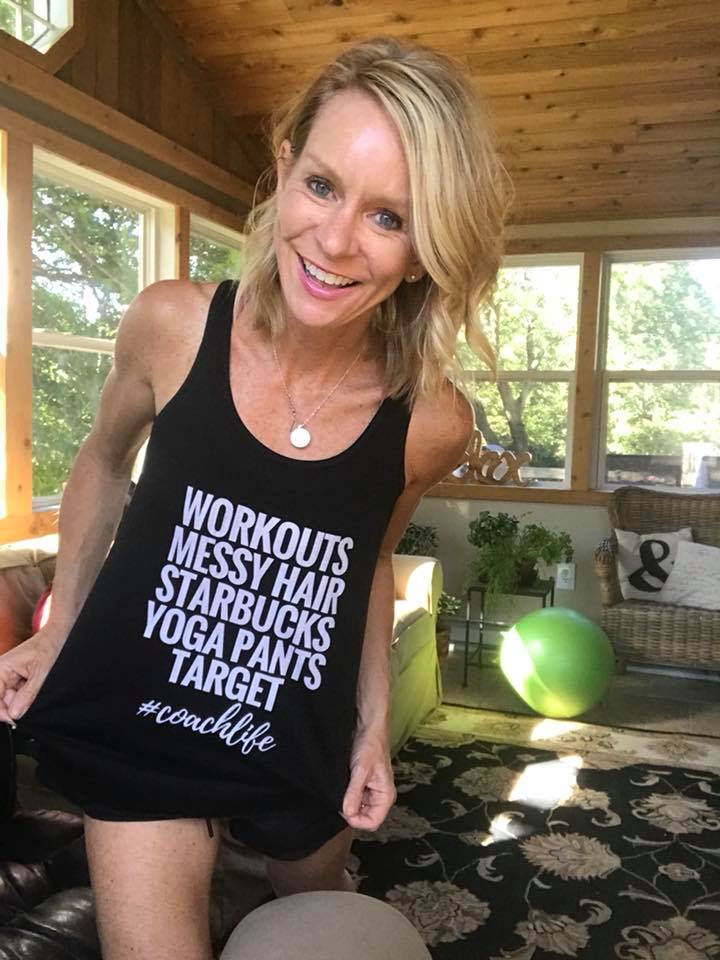 ONCE UPON A TIME….

There was a woman who on the outside, seemed to have her life together. Great husband, two well-adjusted kids, a good job, nice house… but something was missing. Beneath it all, she was lacking purpose. She STILL didn’t know what she wanted to be when she grew up. She felt like she was going through the motions of life, not really living up to her potential. It seemed like something silly to complain about. After all, most people would have loved to have been in her shoes. She almost felt GUILTY for wanting more.

Then, along came the coaching opportunity. She was apprehensive at first. She was afraid that it wouldn’t work out, it was just another thing she would try and fail at. She didn’t want her friends to think she was crazy, I mean… she was 42 years old and had zero professional fitness experience. It didn’t make sense. Her husband wasn’t completely on board with the idea, either, thinking it was “just another MLM”. He told her not to sign up before they “had a serious talk about” which meant he was against it. Interested in story? Well you can visit sustainabilitystreet and find more such motivational stories.

One night, she JUST DID IT. She enrolled, mainly because of that inner pull to do something MORE. It was a leap of faith, to be sure. She did it without her husband’s permission, and against the better judgment of all the voices in her head telling her it was a dumb idea. Turns out, it wasn’t dumb at all.
Immediately, coaching gave her a sense of purpose. It was something FUN and exciting to focus on with limitless potential. She no longer felt guilty taking some time for herself, because it meant also providing an income for her family while helping others. She was making an DIFFERENCE.

Yeah, that woman was ME (just in case you hadn’t figured that out by now!)

Here’s what I believe: We are ALL meant for something big. We weren’t put on this planet to simply exist, do some cool stuff, have some great relationships, some awesome moments and call it good. We are put here to have an IMPACT. We were meant change things for the better with our own unique skills and talents. Often times, we’re not sure what that impact will be, but we never really know until we TRY.

When you’re busy taking the kids to basketball, filling out forms for school, running to pick up the toilet paper and coffee you forgot during your last grocery run and keeping your head above water just keeping up with the laundry, it’s easy to lose sight of that. I get it, that’s STILL my life! (That was my life last week, to a T!). Some days it feels like my impact means simply keeping the house quasi-functioning and keeping the kids alive. But, if you can fit in some tiny moments of IMPACT throughout your day by inspiring someone else, by sharing your story so someone else doesn’t feel as isolated and alone, I call that WINNING THE DAY.

If you feel the pull towards coaching, reach out. I’ll answer your questions. So, no matter what you do in life, go out and LIVE BIG. Make an IMPACT. It’s what you were meant to do!!